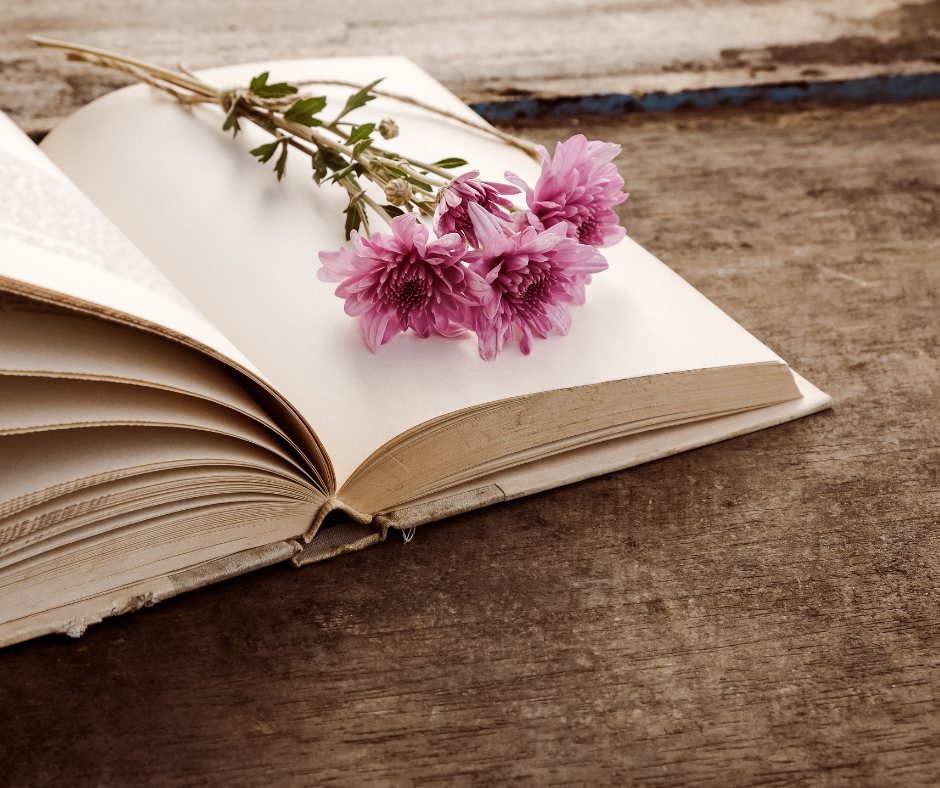 A spoken word to you from Valerie L. McMahon

Our stories are filled with pages that hold pain and carry shame.

But, friend, listen to the Master Story Writer who knows you and calls you by name.

He says your story is not finished,

It needs to be RECLAIMED.

Bring me your unfinished chapters, the ripped up pages soaked in tears.

Even those taped together, tattered ones that chronicle your fears.

And those pages folded and tucked away that bear secrets too shameful to share.

Yes, bring Me all of it, there is not one part beyond repair.

Also that chapter filled with sins and failures you’d rather erase or soon forget?

It’s been edited to read REDEEMED by My merciful hand written in red all over it.

I long  to illustrate each page of your life with My grace fully received.

Outlined in my perfect love, each picture tells the truth of how your reclaimed story now reads:

Instead of hurting, you are HEALED.

Instead of broken, you are made WHOLE.

Instead of rejected, you are ACCEPTED.

Instead of orphaned, you are ADOPTED.

Instead of alone, you are SEEN and KNOWN.

Instead of ashamed, you are SET FREE.

Instead of defenseless, you are fiercely PROTECTED by Me.

So whatever is in your history,

No, your future has been formed before time ever began.

For you were fearfully and wonderfully created to be a member of God’s eternal clan.

Your Heavenly Father is beckoning you to come home,

So take hold of His hand.

Hope is here to stay,

Listen to the heart of the Father say,

God is in the business of Reclaiming Stories!

Is there anything too far from the grace of God?

This week on the podcast, Priscilla shares her story of her mom having an abortion, while she was pregnant with her, and… she survived. You will hear the grace that Priscilla gives her mom while knowing this information for 40 years and also the grace that God has extended to Priscilla in her own Multi-faceted abortion experiences. You can listen to Episode 26, From The Curse of Death, To A Life With God’s Grace; On Apple HERE. Or select your favorite listening platform; HERE.