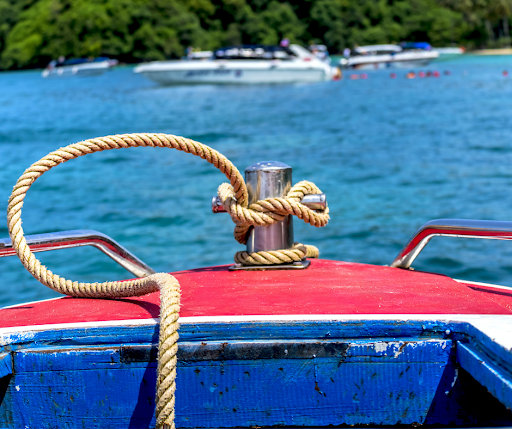 Creating A Safe Space for Others

On the podcast this week, my friend Robin Blumenthal tells a story of being on a boat with friends when she was asked to drop the anchor. So, she did.

Not being an experienced boater, she let the anchor down into the water without first checking to see if it was tied to the boat. So, guess what? The anchor sank and so did the rope that was tied to it!

We have to be intentional about how we set the anchor.

The role of the anchor is to hold the boat in place so when the wind or waves come, the boat doesn’t leave its desired position. A boat might try to move away, putting tension on the anchor. But, a properly set anchor won’t budge. A person can be an anchor too.

When you are the anchor for someone who is going through a tough time or has trauma in their background, they are going to try to pull away. They will test to see if the anchor in the relationship is set.

Are you going to be here for me?

This is the question the person is asking their anchor. “If I keep pulling away, will you be there for me? If I continue to make decisions that make my life hard will you still be there for me?”

As an anchor you are the steady relationship in someone’s life. They can push and pull, but the relationship remains set; you are consistent.

Nine ways to become a safe anchor for others.

2. Instead of filling silence with words, hold the empty space and allow the awkward silence as they process out loud.

3. Instead of telling them your personal experience, say, “Me too, you are not alone.”

4. Instead of praying FOR them, pray WITH them. (Although both are very good!)

5. Instead of enabling them, empower them.

6. Instead of thinking about what you are going to say next, listen with a deep desire to hear what they are saying.

7. Instead of hearing only their words, listen to their heart; WHY are they saying what they are saying?

8. Instead of telling them “It will all be ok.” try declaring, as Mike Foster says, “I will carry the hope for you until you can carry it for yourself.”

9. Instead of attempting to solve their problem, point them to the One (Jesus) who knows the end from the beginning.

“For you were called to be free, brothers and sisters; only don’t use this freedom as an opportunity for the flesh, but serve one another through love.” – Galatians 5:13

At Reclaimed Story, it is our hope that we can be an anchor that helps women to feel seen, heard, and accepted in the tension of their lives, while God does His perfect work in them.

Your story has been reclaimed and you have the opportunity to help others become reclaimers through Jesus.

To listen to the full podcast episode “Being an Anchor for Others” with Robin Blumenthal, click HERE, for Apple Podcasts or HERE for your favorite listening platform.