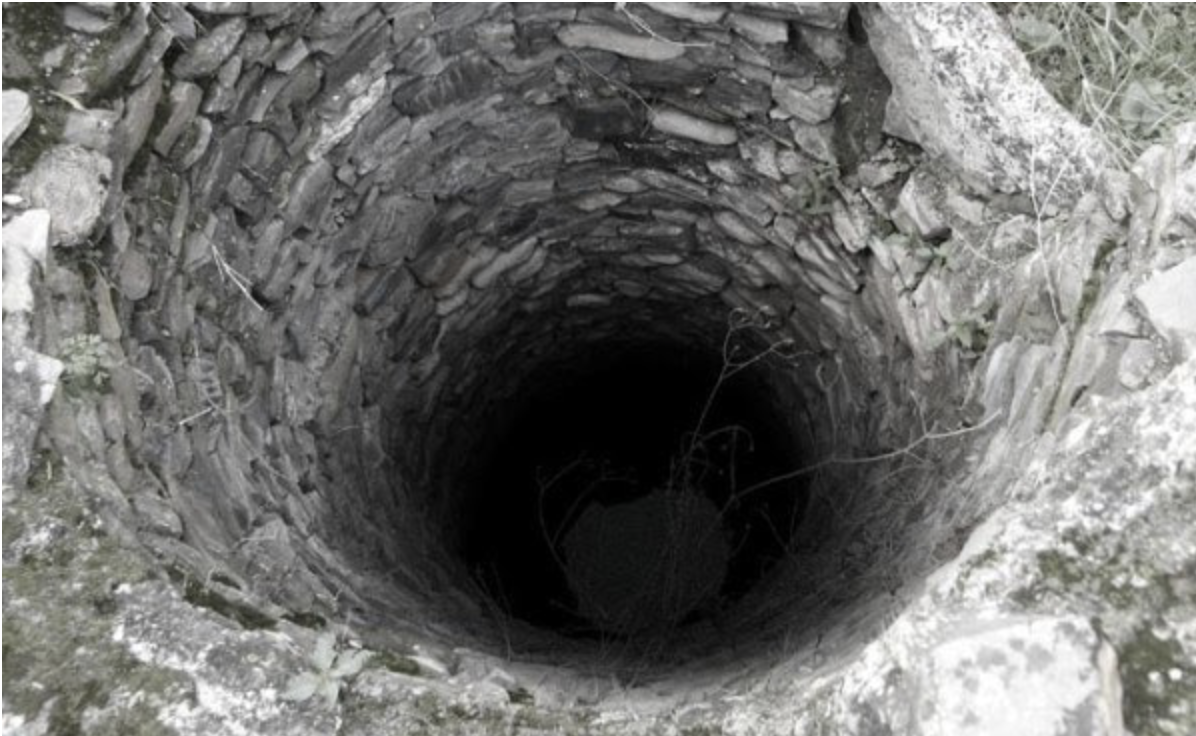 I’ve been told that life is all about perspective. Your perspective can be the way you see life. In other words, your outlook, frame of reference, or the way you choose to look at your circumstances. Do you see the glass half empty or half full?

I have always been a half full kind of gal, but that doesn’t mean that my life has always been easy! In fact, my life has been anything but easy, as I am sure many of you can relate to. What has influenced my perspective the most has been the accumulation of the times that I have chosen to have a God-centered perspective: looking up. Why?

Because, as we learned last month, God is good and no matter what has changed around me, no matter what has taken me by surprise, He doesn’t change, He is never caught off guard and He knows right where you and I are. Instead of looking around at the circumstances in my life and reacting with the emotions I feel, I have chosen to look up, to God, and to His Word to help me. This has not been easy to learn, and it didn’t happen overnight, but it has been a process that has impacted my life in a huge way.

It takes discipline, in the hardest of times possible, to look up!

This reminds me of Joseph, the son of Jacob and Rachel. His life changed in an instant, giving him the new perspective of looking up too!

Joseph was the youngest of 11 brothers and the Bible tells us that he was Jacob’s favorite son. Jacob showed his favor for Joseph by making him an elaborate, brightly colored, embroidered coat while his other sons wore plain robes.

This favoritism created jealousy, which those brothers chose as their perspective. And on top of that, Joseph had some dreams in which his brothers and parents bowed down to him, which he chose to boastfully share. To say that Joseph’s brothers were angry is an understatement. In fact, they eventually plotted to kill him!

“When Joseph reached his brothers, they ripped off the fancy coat he was wearing, grabbed him, and threw him into a cistern. The cistern was dry; there wasn’t any water in it.” (Genesis 37:23-24)

Let’s pause here for a moment. I want you to put yourself in Joseph’s shoes. That cistern (a pit that was used to hold well water) was most likely dark and deep. Because the pit was deep, it was also probably very cold. The Bible says that the pit was empty and with no water. There was nothing in the pit except Joseph and the presence of God and there was nowhere to look but up.

Though we likely have never physically been in a pit, most of us have experienced the pits emotionally or spiritually. A down time in your life. A time that might have come by surprise and a time when you have cried out,

“What am I doing in this pit?”

During this difficult time, we choose to shift our perspective from feelings of hopelessness, abandonment, and fear and instead look up, we will realize that God is with us in that pit, just like He was with Joseph.

The pit was just part of Joseph’s providential path to the palace.

Quite literally the pit was just a pit-stop. Though his situation was dire, Joseph did not die in that pit. Eventually he was lifted out, sold into slavery and twenty years later God not only fulfilled the dreams he had given Joseph, but He used Joseph to save the land of Egypt and his family from a devastating famine.

Friend, He can do the same for you!

I waited patiently for the Lord; He turned to me and heard my cry.

He set my feet on a rock and gave me a firm place to stand.

Look up and trust that He is with you in your pit. He never changes and a way out of your pit-stop is coming! The more you choose to shift your perspective, one pit-stop at a time, the more your faith and trust in God will continue to increase.

You will see that your future is so much bigger than your past!

Let’s Reclaim our perspective and look up together,