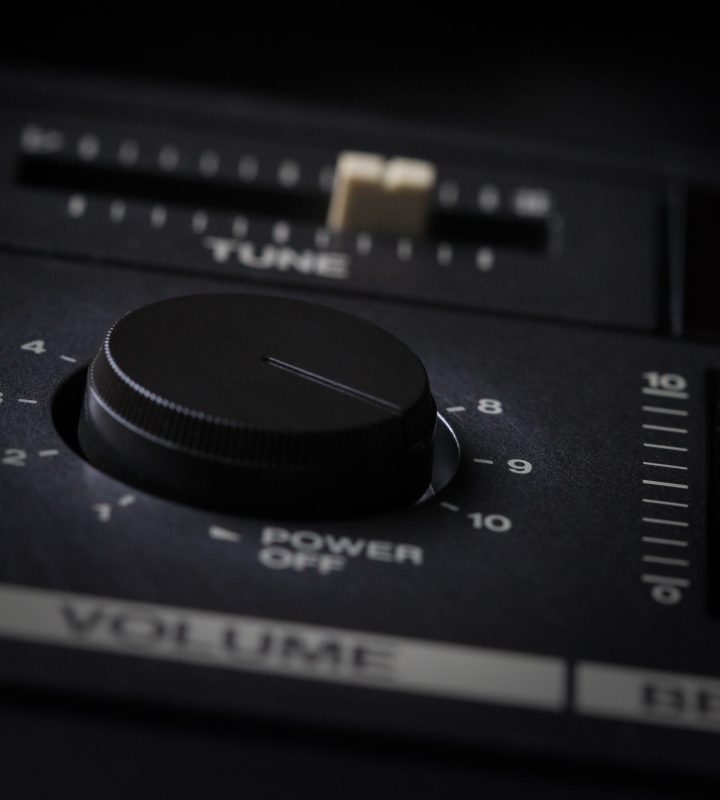 An Unforgettable Moment With God

The world is loud right now. The News, Facebook, Instagram, and Zoom. All are shouting about Covid, riots, fires, politics. Many voices, so many opinions, how do we hear God’s voice amid all of the noise?

With all the division in the world today, I thought we could use an encouraging story. A moment where God broke through the noise, spoke life, and encouragement to someone in ways that only He could have done.

I walked up to a stranger at Denny’s and told him details of his life that I should never have known.

It was March 13, 2009 and my family and I were in Yuma, Arizona. God persuaded me to talk to someone that I had never met before. WAIT! Did I say God persuaded me? That sounds a little weird. I thought so too. Do you know what is even more bizarre?

The fact that I argued with Him.

My family and I stopped at Denny’s for dinner on our way to California. In the middle of ordering, I noticed a family sitting a couple of booths away. Besides being aware of them, I didn’t think anything of it.

All of a sudden, this feeling, strange sense, an indescribable prompting–washed over me. My heart began to race and I recognized that the Holy Spirit was getting my attention about something.

May I be honest with you?

I knew God was up to something with this family, but I didn’t want to answer the call. Should I lean into the prompting or not respond? I didn’t feel like talking to a stranger, I just wanted to eat my Grand Slam in peace.

Now, I realize how ridiculous that sounds, but I want to be transparent. It would have been easier to keep eating and silently pray for this family. Yet the feeling persisted. I began to wonder what adventure was around the corner. I could feel the nervousness building in my stomach.

As clearly as any thought I have ever had, these loving words filled my head and heart:

In that instant, my nerves dissolved. My eyes filled with tears out of a love that was so raw, so deep. And SO… not originating from me.

The fear that I had of talking to them instantly broke off of me. It was a fantastic moment with the Lord.

At that moment, I was all in.

I had the excitement that God was about to do something extraordinary. I found myself filled with anticipation to meet them and talk with them. But, what would I talk with them about; how would I strike up a conversation?

You can’t just walk over to another booth and say, “Wow, God loves you all so much. I can feel it!” I mean, I could have, but that would have been weird and may have involved the police.

So, I prayed quietly.

They had two sweet little boys, one in the booth eating pancakes and one in the high chair stirring cheerios on his tray. For the next few minutes, not only did I continue to feel a deep love for them, but I also had a sense that there was an important call on the life of the little boy who sat in the high chair.

Also, I felt that they had sacrificed a lot for this particular child and that the Lord was going to bless them abundantly through the work He would be doing in their children’s lives. They could be in peace, knowing that it would be worth all of the sacrifices they have made.

Remember, I had never met these people before in my life!

All I knew was what I could see with my eyes. Yet, I felt like God was prompting me to tell them what I was feeling.

I was unsure about how to approach them. So I prayed, “If you want me to talk to the parents, show me how to start the conversation.”

Like a fast download, the thought came, “Ask them if they are in ministry.” “If they say yes, you know the feeling you have is accurate, and you can talk with them.”

I can do that!

Truthfully, I also thought, when they say “No” and look confused, I can tell them that I thought they were someone else. At least I would have tried to do what God was asking. That is how much confidence I had in what was taking place in my spirit.

After finishing our dinner, I pondered how I was going to arrange this conversation.

I know! After my husband and I get the kids buckled in the car, I will go back into the restaurant quickly.

After helping our kids into the car, I turned around to find myself  FACE TO FACE in the parking lot with the family’s husband. We were parked next to each other and he was retrieving a diaper bag from his car at the same moment we were leaving.

My heart raced as I said, “Excuse me, sir, are you by chance in ministry?” He said, “Actually, yes, we were lay people in the church and recently accepted a paid position.”

I proceeded to tell him that I was learning how to hear from the Lord and that I felt Him tell me that there was an important call on the life of the little boy who sat in the high chair.

I went on to say I felt that they had sacrificed a lot for this particular child and that the Lord was going to bless them abundantly through the work He would be doing in their children’s lives. In essence, they could be in peace, knowing it would be worth all of the sacrifices they’ve made.

After I finished I said, “Does that mean anything to you?”

The man’s eyes began to well up with tears. He pinched the bridge of his nose between two of his fingers and said, “Thank you, thank you so much.”

He began to tell me that even though they all looked related, the little boy in the high chair was adopted. His wife had spent a lot of time in Africa trying to adopt him and when they thought it was settled she spent an additional two weeks there fighting for him.

Now, my eyes filled with tears.

They had indeed sacrificed a lot to have that little boy in their family. We talked for a couple of minutes and then he stopped and said, “I need to go tell my wife what just happened.” We said goodbye and parted ways.

That unusual day, God allowed me to encourage that family and to personally grow in my journey to hear and trust His voice. I learned to trust His voice, not for attention or praise and not because I ‘had’ to or had an ‘obligation’ to be obedient.

He answered a prayer I have repeated over and over again, “Lord, show me Your heart for those around me. Send me. Where you go, I go, what you say, I’ll say.” That had been and remains the cry of my heart.

The thing we yearn for deep within our hearts is often just outside our comfort zone.

We love because He first loved us.

I will never know the impact those words had on that family. I do know that if I hadn’t stopped and taken a chance, I would have missed a life-changing opportunity for me to encounter God’s heart.

As believers, He has already reclaimed our story. Every day we learn and grow by walking out that freedom. How can we help share that love with those around us?

Here are seven things you can do this week to show love to those around you.

As a Reclaimer, you want to listen to the truth of what God has to say about you. Knowing that truth changes everything. Now is your chance to go and give that away!

What is one thing you are going to do this week to love someone around you?